From 24th to 1st june the Superkarpata Trophy took place in the Romanian Carpathians.

That's a demanding off-road competition, in which 24 teams have to find their way themselves in a set corridor.

teamsaurer-puch.at and teamsaurer2 each competed with two three- and biaxial Pinzgauers. The teams rely on ropes and soft shackles from LIROS – with the LIROS D-Steel and the coated LIROS Runner Vectran both teams do have light but powerful ropes, helping to overcome long winch passages fast.

With the LIROS Offroad Shackle you can create a light connection between the rope and tree strap, having enormous breaking loads despite their low weight.

After seven days in the corridor in the Carpathians the teamsaurer2 reached the 4th place and teamsaurer-puch.at the 8th place. 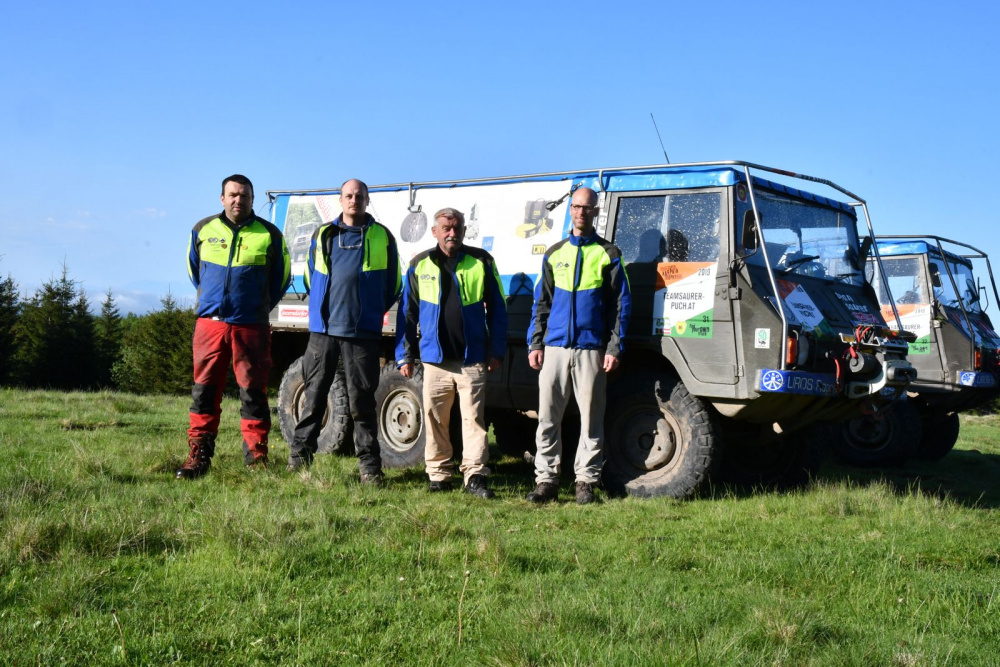