The launching is the official kick off to a campaign, responding to the hopes and desires of Sailing Sport Germany, again having in 2021 a yacht signed with "GER" on the starting line of „The Ocean Race“, the hardest sailing stage race round the world.
At the same time Kiel.Sailing.City, destination of the world race 2001/02, makes an application to be stage stop on the upcoming route.

For the German Sailing Federation a german start at The Ocean Race and a stopover in Germany would be a great presentation platform: „This would be an event, able to raise unbelieveable emotions. And this is exactly on what we're working now, to fuel enthusiasm and to set sailing sport more into the center again. Therefore we created the brand 'Segelsport Deutschland'“, says DSV cairwoman Mona Küppers, who attended the launching ceremony with the entire DSV committee.

For the whole OTG sailing and organisation team the enthousiastic commitments to this campaign have been the emotional bounty for over two year's hard work, having completed the project's first stage with the launching. The initiators and the OTG team enjoyed the guest's applause on the Imoca Open 60, letting themselves be animated to a double La Ola, when Annie Lush cristend the „GER 21“ with the name „Einstein“.
The great physicist Albert Einstein is the inspiration for this project. Because the passionate sailor, having been guest on the fjord for over ten years, once said: „When an idea doesn't sound absurd in the beginning, then there's no hope for it.“
His theory of relativity, that time is interdependent to travelling speed, the crew now wants to test at highest possibe speed in „The Ocean Race“. 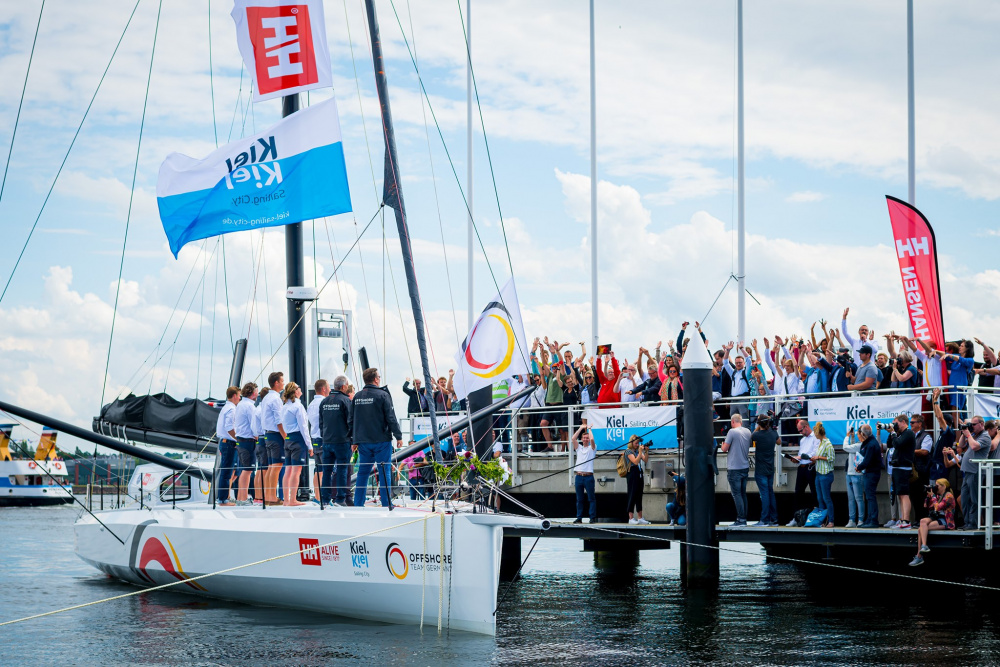