The LIROS brand ambassadors Justus Schmidt and Max Boehme of Kieler Yacht-Club sailed in 49er on place five being the best GER crew. The Skiff duo put in a powerful closing rally after a failed start and saved with rank two in the medal race a total rank five.

„We finish the series with a crying and a laughing eye“, says Schmidt, “because we gave away much in the beginning. In the last days the consistency was very good. Olympic medals are reachable, even when this is a ambitious goal.“

Bowman Max Boehme celebrated on thursday in Japan his 28th birthday and was happy about the successful dress rehersal of his team: „We can get a lot out of this.”

DSV sports director Nadine Stegenwalner, staying with the German Sailing Team in Enoshima, pulled a confident conclusion in the end of the olympic test regatta. The team spirit was good in this olympic prelude.

„The temperatures, the heat and the high humidity are a big challenge for all sailors. But I am highly confident, that we will be able to cope well with this area“, says Nadine Stegenwalner. 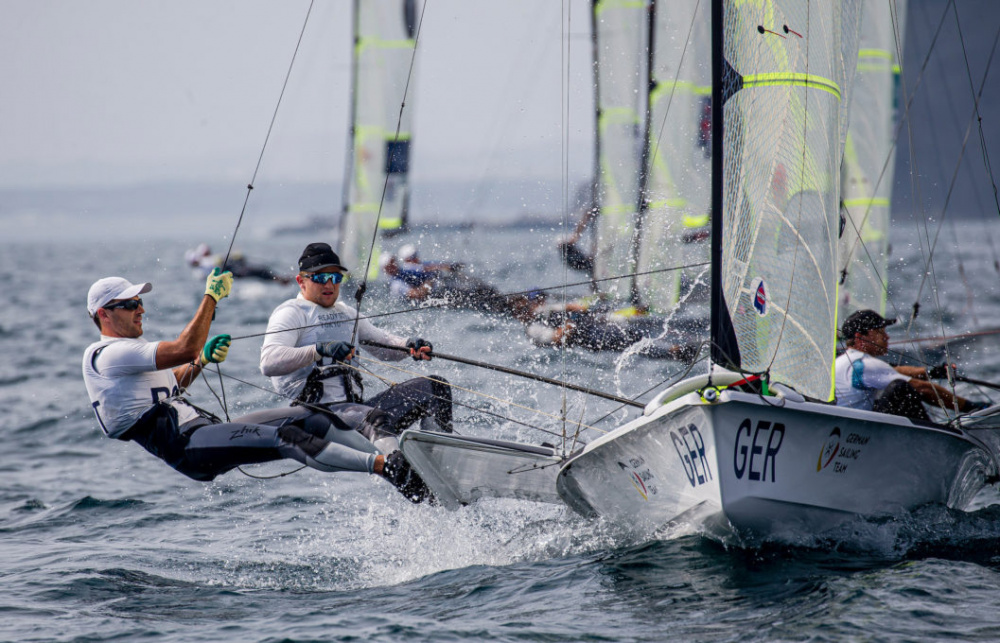