The Crew from Kiel scored with rank two at the worlds one of the best german result in 49er history. For Fischer/Graf it was already their second worlds medal after bronze 2018 at the worlds in Aarhus/Denmark.
Fischer said: „The silver medal is very cool, but I won't forget soon, what opportunity we had today. We're working on enforcing it again in direction olympics. By all means the medal will inspire.“

The olympic bronze medalists Paul Kohlhoff and Alica Stuhlemmer contributed to the double success for the German Sailing Team in Nacra 17 significantely. „We would've been happy to rank second after our victory in the last main round race. But therefore we excessed too much in the medal race. Below the line the better knowledge will remain, that we acted constantly at the top over the year and will stay there, too. If somebody offered bronze twice to us for the olympics and worlds 2021, we'd have agreed immediately."

DSV sports director Nadine Stegenwalner said after the gripping finals, what she followed on screen like many german fans on sunday afternoon: „The performance with two worlds podium positions is excellent – a great kickoff, for which we give our sincere congratulations to the crews and their coaches!“ 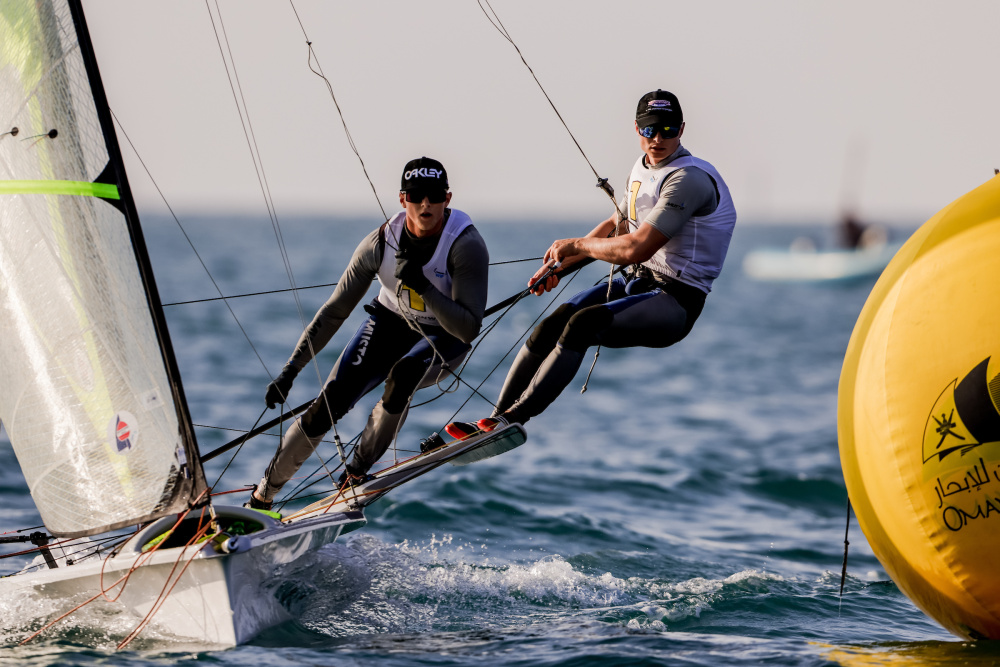