Bogacki comes out of nowhere to stake his claim. After a disappointing 11th place in Las Palmas, the German sailor Morten Bogacki recovered in style to finish 3rd in Le Marin and in overall ranking.
The 33-year-old sailor is the great surprise in the prototype category of this 22nd edition."

After 14 days across the Atlantic and 3000 sm, 16,5 h leeway had been cleared to 19 minutes lead. And that means rank 3 over all for Bogacki and the Lilienthal!

LIROS is official supporter of the Offshore Team Germany! 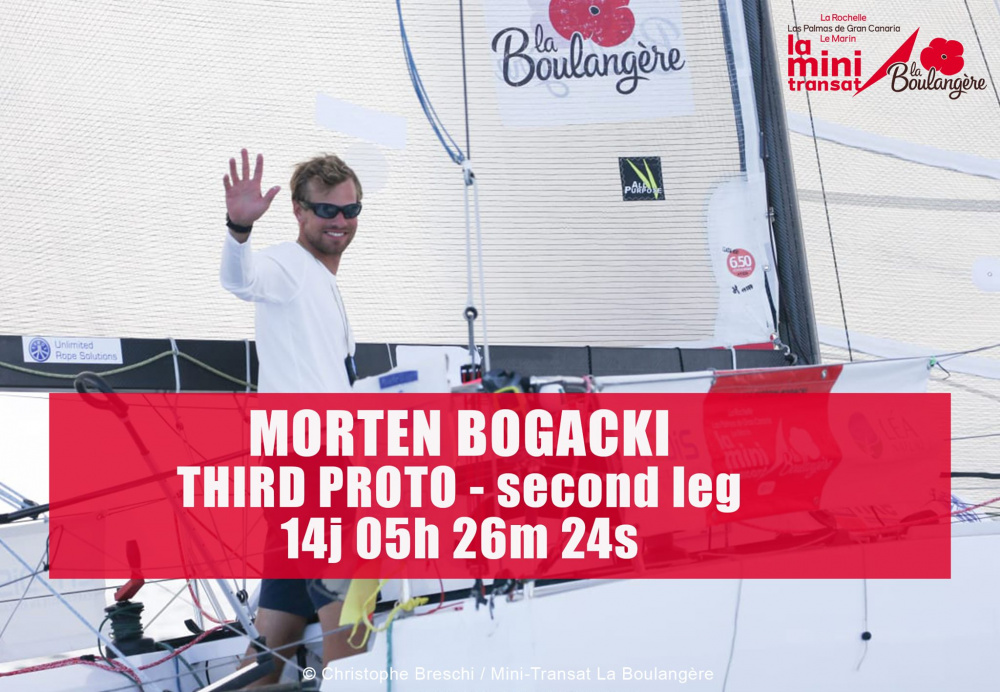